Giving Thanks, Today and Always 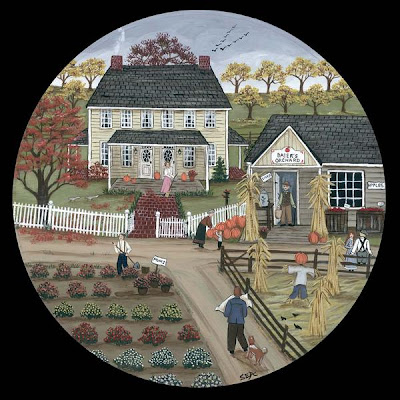 For each new morning with its light,

For rest and shelter of the night,

For health and food,

For love and friends,

For everything thy goodness sends.

The Prayer of Jabez 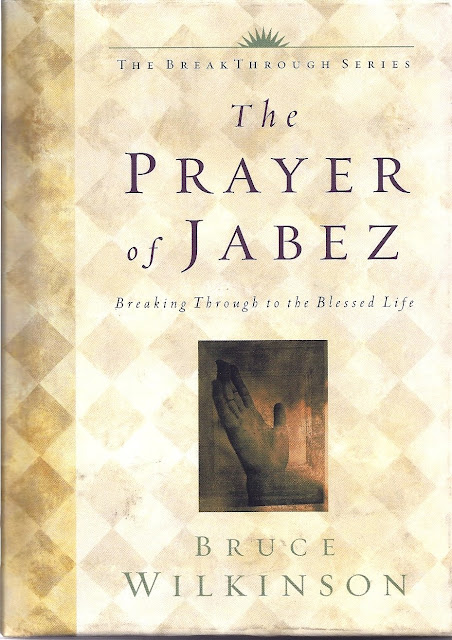 Recently I was walking through my patio room when I happened to look down at a stack of books on the coffee table.

My attention was drawn to a small book that I had purchased several months ago at our local Christian book store, but had not read yet.

The title, The Prayer of Jabez: Breaking Through to the Blessed Life, was suddenly compelling enough for me to sit down and spend a very enjoyable hour reading it.

The book was written by Bruce Wilkinson, and was released in 2000 to become a multi-million copy seller. Wilkinson first heard about the prayer from a seminary chaplain over 30 years ago, and has been "praying Jabez"
ever since.

The prayer of Jabez (accent on the second syllable), is found in 1 Chronicles 4:10, where it languished for some 2,500 years in one of the biblical genealogies.

Jabez is listed as the 35th "son of Judah," but there the Jewish author, (Ezra, according to tradition), breaks stride to acknowledge that Jabez was "more honorable than his brothers," and that he had a favorite prayer which the Bible then relates. Here is the prayer that Jabez cried out to the God of Israel:

"Oh, that you would bless me,

and enlarge my territory!

Let your hand be with me,

and keep me from harm so that I will be free from pain.


And God granted his request. "

Now, I want you to know that I had previously read this prayer several times while making my annual pilgrimage through the Bible, but somehow with the sheer volume of information presented on each page, I missed the significance of it.

This is why I often say that no matter how many times I read God's Word, I always have so much more to learn! Thank God for people who study the Bible, receive inspiration and are able to inspire us in turn in their sermons and writings.

Upon reading the prayer in the book and really meditating on it, I was struck by each line:

Oh that you would bless me

Jabez didn't ask God for any particular blessing, he left it up to God! In looking around the web I found some rather cynical reviewers of the book who suggested that praying this prayer could be likened to what is currently touted as "prosperity theology," which amounts to praying for dollars. Heaven forbid! Jabez doesn't pray for any single thing, only that he would receive God's blessings, and that could be any one of a million wonderful things. In other words, we should want for ourselves nothing more and nothing less than what God wants for us!

and enlarge my territory!

At first I thought this would mean something that would make Jabez more important somehow, which would definitely not be what I would be seeking in prayer. But Wilkinson explains that this is Jabez's plea for God to enlarge his territory for Him, so that he could carry God's word to more people and have a larger ministry. Now that is a great thing to pray for!

Wilkinson tells in the book about personally asking God for "Jabez appointments." While going about his daily life he often reminds God that he wants to be his servant, and asks God to enlarge his territory and send somebody who needs him. Inevitably someone appears on his doorstep, on the phone or at the table next to him...providing larger territory, appointments to keep, opportunities to minister to people who need God right then.

Let your hand be with me


If in our prayer we are seeking God's blessings, and asking to do more for Him is our utmost ambition, then asking for God's hand upon us is our ultimate need to help sustain and continue the great things that God has begun in our lives.

Wilkinson says that's why we can call God's hand on us "the touch of greatness." We do not become great, He does great things through us. We can step out in faith and do and say things that only could come from His supernatural power. "For the eyes of the Lord run to and fro throughout the whole earth, to show Himself strong on behalf of those whose heart is loyal to Him." 2 Chronicles 16:9

and keep me from harm that I might be free from pain.

After asking for and receiving supernatural blessing, influence and power, Jabez's last prayer is a brilliant request to help him sustain a blessed life. When God's blessings enrich us, and we have more territory for God, and the hand of the Holy Spirit is upon us, guess who's attention is drawn to us? That's right, the enemy, who would like nothing more than to doom us and our efforts to failure. Praying for protection from evil, and from doing evil, is a necessary and vital part of the blessed life.

Some of the other people who wrote negative reviews about Wilkinson's book spoke of praying what they term a "rote" prayer, lacking in spontaneity. I have no problem with that concern, because in my own prayer life I have, since reading the book, been praying the Jabez prayer daily, but I use it as a framework and a springboard for daily morning prayer.

My own belief is that we need to always begin our prayers with thanks and praise. After that I begin my prayer of Jabez, but every day it is different as the Holy Spirit guides me, but always with the framework of the four requests. As we repeat the steps daily, we set in motion a cycle of blessing that keeps multiplying over time. It creates exponential growth~ we prayed for more blessing, more territory, more power, and more protection. As we receive it and continue praying each day, it grows and expands.

Now for the most awesome thing, my personal testimony. My husband and I have been privileged to own some property in Maui over the years, purchased for investment purposes, as well as personal use. We had a modest little condo on the beach, but it was a studio, and on the ground floor of the building, neither very desirable in selling as it turned out, but very enjoyable to us. We have tried for several years to sell the property, even investing more money in the property to improve it, all to no avail. We were beginning to despair of selling it, especially in this economy, but continued to pray and pray over the years. Others joined us in praying.

I read the Prayer of Jabez book, began to pray the prayer, and the very next day we received a call from our realtor in Maui. We had a young couple who wanted to give us an offer! A month and a half later we no longer own the property, and I have a check on my desk for the modest proceeds, a blessing that amounts to a miracle to us. In my prayer I asked for nothing specific, just that God bless us.

"And God granted his request."

Posted by Sylvia at 5:54 PM No comments: Links to this post